A little bit about me

I coach professionals like you to reach deep into the hearts of any audience with ease.

After 20 years working as a technology evangelist, presenting ideas and innovative products at conferences, trade shows, and in customer meetings, I began teaching others how to become more confident and more effective communicators in 2008.

Since then, I have coached hundreds of presenters to captivate their audiences and will be delighted to help you too.

I am also the author of The Founder’s Guide to Presenting and host of Pitch in the Zone, a weekly gathering of coaches who help presenters fine-tune 3-minute pitches.

How I Got Started

My professional journey began in 1982 when I was selected for NCR’s exclusive business apprenticeship program in Switzerland.

NCR was one of the largest and most influential computer companies at that time, offering tremendous opportunities for personal and professional growth.

After my apprenticeship, which lasted three years, I built my technical foundation working as a COBOL programmer for two years before spending a year at our company’s headquarters in Dayton, Ohio as part of a professional development program.

After I returned to Switzerland, I joined NCR’s marketing team in charge of office automation. This was in 1988, when most companies considered an electronic typewriter state of the art technology.

Introducing office automation to the Swiss market was the beginning of a 20 year long journey as technology evangelist.

I loved what I was doing and apparently so did my boss because in 1990, he approached me with an opportunity that changed my life.

The opportunity was to introduce an upcoming new type of computer. A computer that was, as my boss put it “kind of like a notebook computer, but without a keyboard.” It turned out to be one of the first tablet computers invented, the NCR Notepad.

This was 20 years before Apple introduced the iPad and it offered me tremendous opportunity to hone my persuasive communication skills. The challenge: for the first few months, I didn’t even have a device to show. All I had was a model made out of wood, a few slides, and my words. And that’s when I really learned that words, delivered as compelling stories, are what truly convince people. All the facts, figures, and test-drives are ultimately just there to confirm decisions we make emotionally.

In 1992, I moved back to the United States and from there traveled the world evangelizing mobile computing at trade shows, conferences, and in boardrooms.

My Work as Trainer and Coach

While working as a technology evangelist, I was obsessed to become the best I could be.

In addition to all the training I received in my job, I always sought further opportunities to grow, personally and professionally.

In the mid-1990s, I was one of the first clients of Zig Ziglar’s coaching program and spent the second half of the decade learning directly from Richard Bandler, a co-developer of Neuro Linguistic Programming (NLP) and one of the world’s foremost experts in persuasive communication. I got certified as Trainer of NLP in 1998.

All my previous activities built a solid foundation to become a communication trainer and coach in 2008. Since then, I have trained and coached hundreds of professionals in workshops and one-on-one coaching sessions.

My typical clients are individuals with a desire to improve communication skills as well as companies who foster a culture of excellence. I have facilitated workshops at leading companies, including Ricoh, Sony, IBM, and Microsoft, and I also frequently work with conference organizers and startup accelerators.

What clients are saying about me:

I highly recommend anyone who is going to pitch or present anything important to work with Claudio. You’ll definitely reach a new level in your presentation skills.

We won Top Innovator, Australian Seafood with our pitch. The coaching sessions we had with Claudio were most definitely what got us across the line.

He helped me find my confidence and put together an award winning pitch. The ACH team cannot thank him enough for his assistance, support and professionalism to help us make a memorable impact on a global forum. 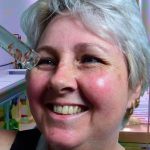 Every meeting with Claudio in the run-up to the conference was really constructive, from big-picture framing advice to specific wording suggestions.

I appreciated most of all his tone–authoritative without any condescension, and positive even while providing useful criticism. He was also really generous with your time and flexible with your schedule. 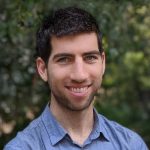 It was a true pleasure and lots of fun working with Claudio. He was able to clearly identify where work was needed, so precisely, that the changes required became instantly obvious.

Every suggestion and comment improved the presentation and as a seasoned speaker I appreciated his collaborative, open approach and laser-sharp analysis. The value of a true professional for feedback is incredible and Claudio is one of the best. 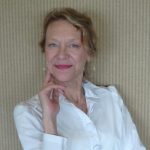