Many years ago, when I still lived in Switzerland, I attended a technology convention with a great line up of international speakers. My English was still very limited at that time. Yet the presenter I remember the most was an American presenting in English. He started his talk with a joke:

What do you call a person who speaks two languages?

What do you call a person who speaks several languages?

What do you call a person who speaks only one language?

After the laughter subsided, he continued with an apology that he was a “typical American” and thus only spoke English. He then launched into his subject and I understood him better than any of the other English speaking presenters. He was clearly a person who was sensitive to his non-English speaking audience and did his best to convey his message in a way that was easily understood.

When you are presenting abroad, to an audience whose mother tongue isn’t English, you need to change your style a bit to really get your message across.

Although most people in business have at least a basic understanding of English these days, you need to consider a few points you don’t have to think about when you present to a native-English speaking crowd.

Presenting abroad with impact
requires only a few adjustments:

1. Slow down your speech

Even if your natural rate of speech isn’t all that fast, remind yourself to slow down a bit. If your audience’s level of English is rather basic, they will translate everything you say internally.

Speak in short sentences without too many long, difficult, or unusual words. Use pauses between sentences to give your listeners a chance to translate your words.

Be extremely articulate. The more clearly you speak, the higher chance you’ll have to get your message across.

Practice parts of your speech with a wine cork in your mouth. Put the cork between your front teeth and say a passage a few times before removing the cork. Try your best to say the words as clearly as possible while having the cork in your mouth. Then say the same passage again without the cork. Notice the difference? It’s an old trick stage actors use and it works because you become aware of the muscles in your tongue…and really use them.

3. Use body language and gestures

This is a tip that is not only relevant when you speak to a foreign audience. Dynamic and enthusiastic speakers use body and hand movements to illustrate key points with any audience.

I have some Italian blood running through my veins and I guess that becomes obvious when you see me speak. I speak with my hands and body. I’m not really aware of it unless somebody points out that I’m quite animated when I talk. It has come in rather handy when I speak to people with limited English. They seem to understand my language rather well, I believe in part because my body language and gestures.

Until I reached a certain level of proficiency in English, I scratched my head trying to figure out idioms like “get your ducks in a row” (I didn’t own any ducks), “raining cats and dogs” (huh? how is that possible? what did those animals do in the sky in the first place?), or  “knock ’em dead” (come again? isn’t that illegal?).

Idioms are culture oriented and what may sound perfectly good to you might be a most confusing statement to somebody from another culture using a different language.

5. Use local terminology, stories and metaphors

When you talk about measurements, understand the local terminology. Not everybody measures things in inches, yards, or gallons. Most of the world uses the metric system.

Presenters also often use sport metaphors to make a point. Be aware that baseball and football stories don’t have the same impact outside of the United States. When the rest of the world hears football, they typically think of what Americans call soccer, and baseball metaphors are generally quite lost on an audience outside of the USA.

By the time you take the stage, you most likely will already know the local words for hello and thank you. Use them! If you feel extra adventurous, practice the phrase “It’s nice to be here.”

Starting your speech by using the local greeting makes a lasting impression even if your pronunciation may not be perfect. You show your audience that you respect them enough to learn some phrases in their language.

This tip is not just for presenting to an audience abroad. I’m glad to see more and more people using picture superior slides after reading Carmin Gallo’s bestselling book The Presentation Secrets of Steve Jobs. Don’t put too much text on your slides. Use images to make your point, but be careful to only use images that are universally understood and not part of an idiom that may get lost on your audience.

I hope these 7 tips will help you make your next presentation abroad as memorable as the one I’ve seen back in Switzerland so many years ago. 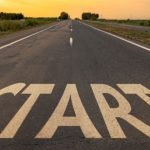 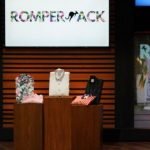 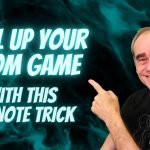